From Residence Park Solemaremma the beauties of Argentario and the Tuscan Archipelago can be easily reached.

The port of Castiglione della Pescaia is a convenient starting point where several motorboat companies depart for the islands of the Tuscan Archipelago every day: the islands of Elba, Capraia, Giglio and Giannutri.

What to see at Argentario?

Argentario is a splendid promontory surrounded by the sea and connected to the coast by the strips of beach of Giannella and Feniglia and by an artificial isthmus that corresponds to the Orbetello Lagoon. Here you can find renowned tourist resorts like Porto Ercole and Porto Santo Stefano, with coasts rich in caves, coves, islets and hidden beaches that can only be reached by boat. For those wishing to reach the beaches by land instead, we suggest La Giannella with bathing establishments and free beaches, La Soda, Pozzarello, La Cantoniera, La Spiaggia Lunga, Cala Galera and La Feniglia.

Discover the Islands of Tuscany!

The Tuscan Archipelago is made up of islands that deserve to be visited for their beauty and their historical and natural charm.

The most famous is Isola d’Elba, the third largest island in Italy. In addition to its beautiful beaches, it is also rich in archaeological sites, churches and castles. It offers numerous beaches and places of entertainment.

Isola del Giglio, the second largest island of the Archipelago, is a small jewel in the sea. For most of its territory it is a pristine place, full of beautiful beaches with crystal clear sea. The island has three towns: Giglio Porto, Campese and the ancient Giglio Castello.

Giannutri is the southernmost island of the Tuscan Archipelago, easily accessible departing from Porto Santo Stefano, it is characterized by the presence of a Roman villa.

The island of Pianosa has been a prison for a long time and has therefore remained uncontaminated for 150 years. Near the village there is a beach where bathing is allowed.

Capraia, of volcanic origin, is the wildest island, has no beaches but only cliffs overlooking the sea and is dotted with numerous reliefs.

Gorgona is the smallest of the islands, there is a prison here and this is why tourist access is allowed only one day a week (Tuesday) departing from Livorno, Capraia and Elba.

Last but not least, the true pearl, the island of Montecristo, protected by the Forestry Corps that prohibits bathing, fishing and staying. 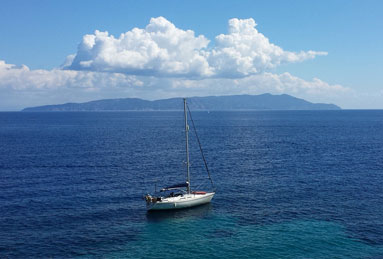 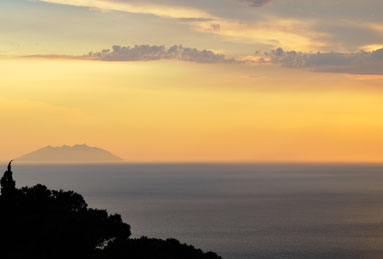